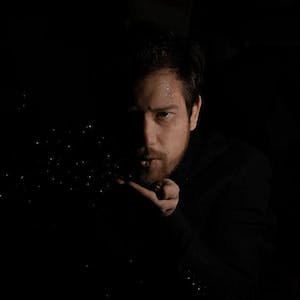 In the darkest of times while the world faces political and environmental uncertainties of grand proportions, the responsibility of artists to reflect on the state of the world becomes undeniable. The Stone Foxes – with Shannon Koehler at the helm – set a piercing depiction of greed, deception, and loss with a new collection of epic rock anthems on their upcoming EP, Gold (Release Date: February 28, 2020). While Shannon etches his name amongst rock’s royalty with his idiosyncratic vocals, his writing partner and brother Spence Koehler provides the unmistakable guitar tone that has shaped their identity. The two brothers co-write The Stone Foxes’ latest bout of stunners performed alongside a cast of all-star collaborators for the recording sessions of Gold.

The Stone Foxes are masterminds behind hook-laden arrangements landing upwards of 25 national sync placements with the likes of BMW, Jack Daniels, Budweiser, Levi’s, Sons of Anarchy, Jansport, and the Academy Award-winning documentary film, Free Solo. On Gold, The Stone Foxes enlist composer/sound designer Jon Shamieh (Converse, Impossible Burger, The Walking Dead) for the opening track “I Want Gold” and lead single “The Death Of Me.” The EP features three lauded women vocalists Oona Garthwaite, AhSa-Ti Nu Ford Tyehimba, and Kelly McFarling on the tracks “Can’t Go Back” and “Running Out Of Space.” Jay Pellicci (Deerhoof, Thao and the Get Down Stay Down) engineered and mixed Gold. Each song was written and recorded in tandem with the Koehler brother’s mainstay partners Ben Andrews, Brian Bakalian, Vince Dewald, and Elliott Peltzman.

Amassing a global fanbase with more than 30 million Spotify spins from over 218,000 monthly listeners and relentless touring over the past decade, The Stone Foxes bring Gold to fans worldwide with premier headlining appearances at the Adidas Rock ‘n’ Roll Marathon (Santiago, Chile: Nov. 9, 2019) and NoisePop 2020 (The Independent, San Francisco, CA: Feb. 29, 2020). In spring 2020, The Stone Foxes headline venerable venues across the United States (February - April 2020) in support of Gold.

The Stone Foxes have solidified their reputation as a commanding live act built on the musicians' dynamism and blue-collar work ethic. The band’s restless spirit driving their live shows powers the songwriting and performances on Gold. Lead vocalist Shannon Koehler – who lives with a pacemaker and has undergone 11 heart surgeries – doesn’t for a second take life for granted. Living with a no-fear attitude as an outspoken critic of the oppressive powers running the country, Shannon lays it all on the line on Gold.