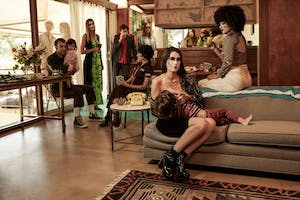 iCal
Google
Let’s just come out and say it: The Growlers are the biggest band you’ve never heard of.

world over, the band managed to fly under the radar of mainstream attention while

circuit…until now. The band is thrilled to present Natural Affair, the new full-length

studio LP to be released October 25, 2019, on their very own Beach Goth Records and

Tapes. On Natural Affair, The Growlers (led by singer Brooks Nielsen and music

and ruminations on the pleasures (and perils) of modern love.