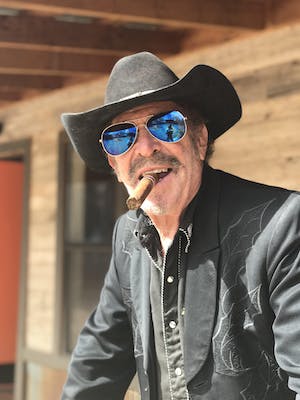 Kinky Friedman Hits The Coast To Promote His Resurrection

Yes, Kinky has been resurrected, with perhaps his greatest work ever, the cd Resurrection (Echo Hill Records), and he’s bringing it to the left coast. With thirty-plus dates on the east coast, in the midwest, and his home state of Texas under his belt, he’s finally hitting the west coast to complete the tour that will cement Kinky’s rep as one of the best performers and songwriters of a generation.

In working with superstar producer, multi-instrumentalist and three-time Grammy winner Larry Campbell, Kinky has finally found the perfect compliment to his jagged edge Texas Hill Country persona. Together with fellow three-time Grammy winning engineer Justin Guip, they have produced eleven amazing cuts that speak to the legends and myths of the great southwest with an inner conviction that belies the raucous days of Kinky’s youth. Every appearance on the Merry Kinkster Tour will be a showcase of these masterpieces from a very deep soul.

Many of the dates should actually be called The Merry Kinksters Tour, as he will be joined by his long-time co-conspirator (read: Executive Buttboy) and legendary Austin band leader Cleve Hattersley, whose new book Life Is A Butt Dial (YES Publishing Austin, Texas) tells the tales of his and Kinky’s adventures together, plus myriad stories of a life in rock and roll, politics and pot smuggling. Cleve will perform a few songs with his wife, Sweet Mary and read from his book. His band, Greezy Wheels, members of the Austin Music Hall Of Fame, also released its final cd Ain’t Quite Like That in November. Both it and Resurrection are in the Top 100 at Americana radio.